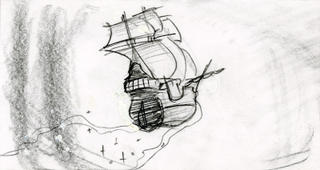 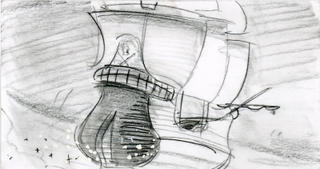 I'm still fond of these little drawings, though it's been a while since the rough sequence that they were part of hit the cutting room floor. You can see a longer portion of the board on my portfolio site if you wish to go there. It's part of a song sequence in which we re-introduce Peter and his band of lost boys as they make their way back to Neverland after capturing Captain Hook's pirate ship. One of the boys wears Hook's coat (which is too big for him) and swashbuckles about on deck pretending to make another boy walk the plank.

Sugar for the weekend

After browsing through many lovely sketches of females on illustrator websites like Vera Brosgol's, I wanted to play with the girl-ie concept too. I did this one in Photoshop: 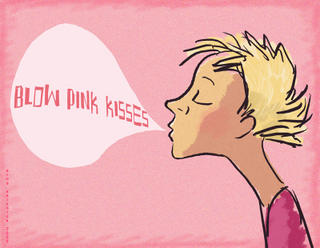 We're just back from Ottawa Animation Festival. Coolman! did not win a prize but we got some very good feedback at the screening. The winner in our category: 'Animated Television Series For Adults' was the hilarious Harvey Birdman. We were honoured to be in the competition. More about the weekend in a future post.

We recently saw Uli Meyer's lineup for The Thief of Always on his blog and thought we'd post these rough development sketches of Mr. Hood that John did in 1994. He was the AD for director Robin Budd on this feature animated film which unfortunately was never completed. 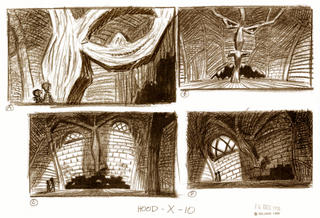 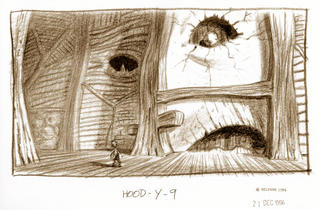 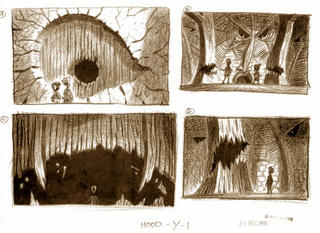 Here's a character/series idea that John's been having fun with. I (Arna) had a friend, Lanny, who gave me the nickname "MoosieFrog" when we were kids. He was always teasing me with poems about a particular hat I wore in the winter. It was red with pompoms on it. Functional but silly-looking, I'm sure. John loved the name 'MoosieFrog' and the idea took off from there... 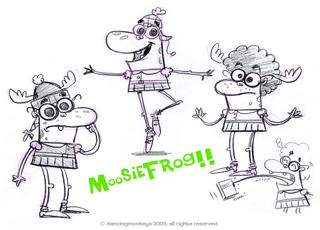 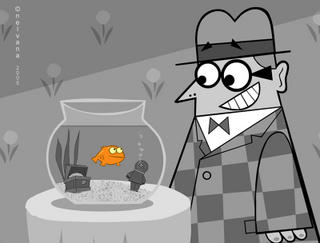 We're pleased to announce that our show, COOLMAN! DEEP SEA BLUES, written by John, will screen in competition at The Chicago International Children’s Film Festival (Oct. 27th to Nov. 6th). Here is the link to info on the screening. DEEP SEA BLUES was animated entirely by our friend Steve Whitehouse. He also storyboarded this 5 minute episode and adapted all our character designs to Flash. Kudos to Steve!

In total, four of Nelvana's Funpak shorts were accepted for final competition: 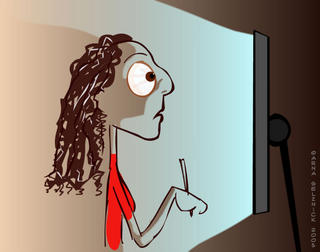 This is pretty much what happens around our house quite a few evenings... so much to look at so much to see...

I (Arna) originally did this one for my son Max's birthday... it had a few birthday specific additions which I removed. Created in Flash.

I'll see about doing one of John so we'll have a matched set.
Posted by the doodlers at Monday, September 19, 2005 4 comments:
Email ThisBlogThis!Share to TwitterShare to FacebookShare to Pinterest
Labels: FLASH, portraits, quicksketch

Last year (2004) we created five pilot episodes of COOLMAN! for NELVANA'S FUNPAK, an animated anthology series which aired this year on YTV. You'll find blogs from other Funpak creators in our links list at the left.

We're happy to say that one of our 5 episodes for COOLMAN! is screening in competition at this year's Ottawa International Film Festival, which starts this week. We're especially pleased to be in a category that is new this year: 'Animated Television Series For Adults.' Here's a still from the episode in competition, Hootchy Kootchy Haiku: 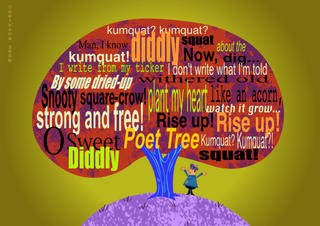 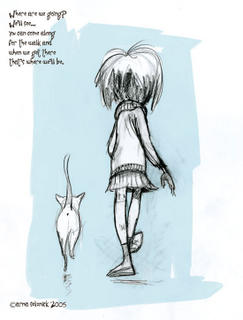 We've been watching the steadily growing and now raging blog river from the safety of the shoreline. So now we're dipping our toes in to test the water. Here's our first doodle by Arna, pulled from the 'homemade' blog page called sketchnight that we started on our website a few weeks ago.
Posted by the doodlers at Wednesday, September 14, 2005 4 comments:
Email ThisBlogThis!Share to TwitterShare to FacebookShare to Pinterest
Labels: Arna, cats, illustration, pencil, rear views
Newer Posts Home
Subscribe to: Posts (Atom)